Cutting calories may help you lose weight in theory, but in reality, it's not something that should be taken lightly.

The obesity epidemic is undeniably the most serious health concern on a global scale. Excess weight has been the number one driver behind the explosive growth of chronic conditions while also being a key contributor to mental health problems.

Modern life caused a calorie surplus for many

There is no doubt that poor eating habits and low activity levels in modern societies are fueling the obesity pandemic [1]. In 2010, Americans consumed on average 23% more calories on daily basis compared to the 1970s [2]. In other words, people take in more and burn fewer calories, causing them to create a calorie surplus. As discussed in our blog post "How the Caloric Balance Affects Weight Loss", a calorie surplus will inevitably lead to weight gain as the excess energy will turn into fuel reserves for the future (e.g. fat or muscle tissue). Conversely, a caloric deficit (i.e. eating fewer calories than you burn) will inevitably result in weight loss as the energy deficit has to be covered by using some of your body’s energy reserves (e.g. fat or muscle tissue).

Losing weight is more about physiology than it is about psychology

At any given point in time, there are more approximately 45 million Americans on a diet [3]. This, combined with the never-ending increase in obesity rates indicates that the vast majority of diets fail. Multiple studies have now shown that 90% of diet plans fail and eventually cause participants to regain the weight they lost. However, the same studies also show that the main driver behind people’s tendency to regain weight isn’t a lack of willpower but metabolic abnormalities caused by dieting [4]. Here’s how your metabolism can distinguish failure from success in weight loss:

Slow metabolism is something many of us consider when the needle on the scale is no longer moving despite exercising and eating less. Having a slow metabolism means is that one’s body is burning fewer calories than what’s predicted for his age, gender, and weight. Given that weight loss requires a caloric deficit, burning fewer calories due to your metabolism slowing down would certainly cause a diet to produce less or no weight loss at all.

Physiological adaptations similar to the one described above are the norm for most people who attempt to lose weight. Apart however from the physical and repercussions of not being able to lose weight, the metabolic slowdown can also cause several psychological problems. Not being able to lose weight while already on a restrictive diet can perturb one’s relationship with food and cause long-term eating disorders. Moreover, lack of knowledge in the general public regarding the nature of the problem often times earns those who are on a constant diet the label “secret binger”.

What slows down your metabolism

Although it is necessary to create a calorie deficit to lose weight, it is not something that should be taken lightly due to the hormonal disturbances it may cause. Your body is made to survive and consequently, it will try to become more energy efficient by lowering the number of calories it burns to survive when exposed to a calorie restriction. This reduction of energy expenditure is achieved by several mechanisms including a reduction in leptin levels. Leptin is a hormone that affects weight through a series of mechanisms including regulating feelings of satiety as well as your caloric burn. Leptin in other words can increase or decrease your appetite while also up or down-regulate the number of calories your body burns at rest and during rest.

How is metabolism are affected?

Your metabolic activity is the total number of calories you burn daily and can be categorized into three groups:

Studies have shown that a reduction in body weight in response to a calorie restriction will predominantly affect the number of calories your burn during low-intensity movements such as walking around the house or reaching out to grab a glass of water. A person’s basal metabolic rate may also decrease, but in much fewer circumstances causing a smaller impact on the overall reduction of energy expenditure. Lastly, calories burnt to digest food have been shown to be unaffected.

Will my metabolism increase once I stop dieting?

No! And this is what makes a metabolic slowdown particularly dangerous for your weight maintenance and long-term health. Going back to our previous example, in case your metabolism is now at a reduced state causing your body to be burning 2,000 kcal/day, reverting to a normal diet of 2,500 kcal per day will not cause your metabolism to increase. As a result, going back to your original eating habits translates to creating a caloric surplus of 500 kcal per day which will yield roughly 3.5 pounds of weight gain every month. The participants of the TV Series 'Biggest Loser' offer one of the most astounding examples of this phenomenon. After losing hundreds of pounds their metabolisms reduced significantly and didn’t return to normality even after adopting a normal diet. Some of the participants’ metabolism declined by as much as 800 kcal per day compared to what was expected for their new weight [5].

What's extremely important to understand is that by cutting calories drastically, your metabolism will slow down irrespectively of whether your weight is normal or if you are obese. Studies have shown that similar metabolic slowdowns occur to normal-weight and overweight after following a diet with similar caloric deficits.

Cutting calories and exposing your body to a negative energy balance is not something that should be taken lightly. It is therefore highly essential while going through a weight loss process to incorporate in your lifestyle nutrition and exercise habits that will help sustain your metabolism. As we discuss in our blog post, "How to speed up your metabolism with training", these typically include:

More than anything though, understanding the physiology linking metabolic slowdown and inability to lose weight, can help alleviate the psychological burden many carry by falsely thinking it’s lack of willpower keeping them from success.

The PNOĒ metabolic analyzer provides the gold standard method for measuring your metabolism and understanding whether it’s slower or higher than normal. Conducting periodic checks every 6-8 weeks while following a weight loss program is essential as it can early detect signs of a metabolic slowdown and help you act early.

2. What’s on your table? How America’s diet has changed over the decades, Pewresearch., 2016

5. After ‘The Biggest Loser,’ Their Bodies Fought to Regain Weight https://www.nytimes.com/2016/05/02/health/biggest-loser-weight-loss.html 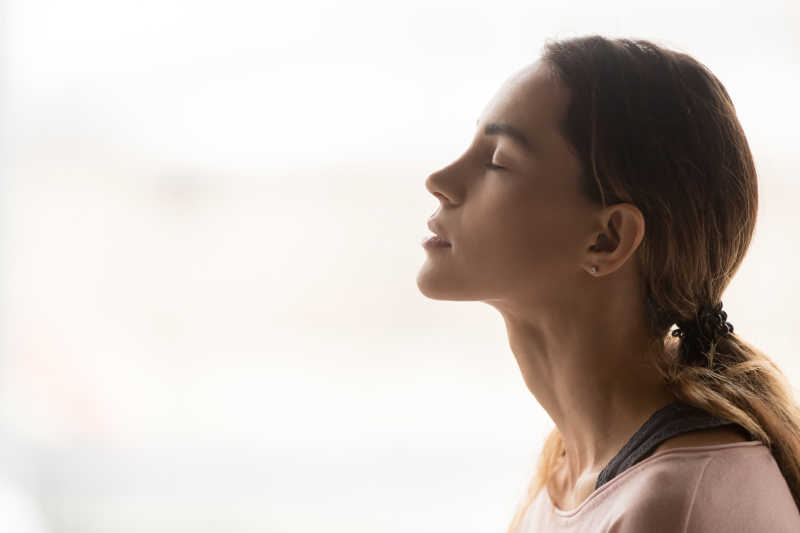